“The trick is to keep surprising yourself, never mind the audience”

One of the greatest fears of anyone speaking in public is that their audience is sitting there bored out of their minds or disliking what they are saying.  I know this because I run regular public speaking workshops, and people tell me this.  A lot. 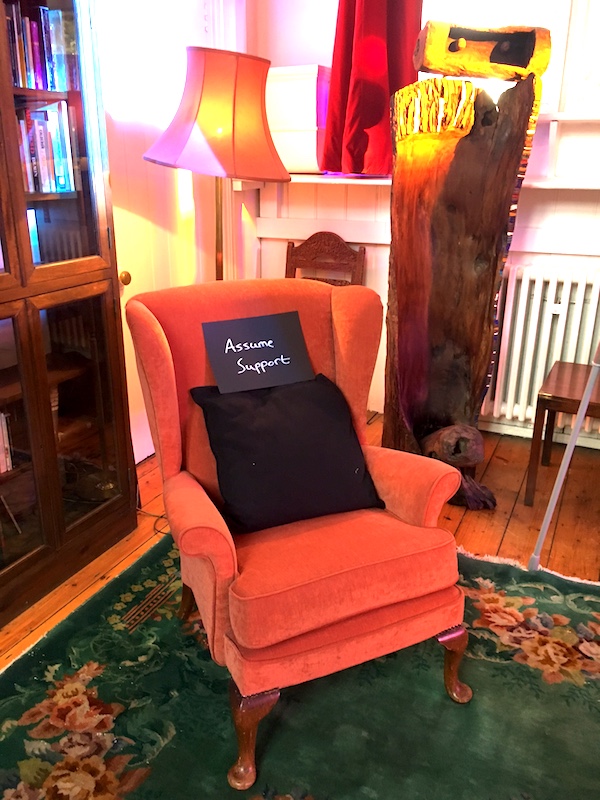 So, here’s a big secret that may help:  Most of the time, most members of your audience want you to do well.

And this is true for most people most of the time.  There are some good reasons for this:

Now one of the big reasons that this is tricky for us as public speakers, is that once they get above a certain size, most audiences listen with blank faces, even when they are interested in what we have to say.  Occasionally, some audience members may nod if they really agree with us, or shake their heads if they disagree, but this is the exception rather than the rule.  This is very different from ordinary social behaviour, when people smile and nod to show that they are understanding us and encouraging us to continue.

The problem is that when we are speaking in public our minds apply the ordinary social rules to a situation that isn’t playing by those rules.  The audience aren’t trying to encourage us, even if they’re interested because they don’t feel obliged to do this when they’re part of a large group.  Yet our minds interpret the blank faces as showing lack of encouragement, lack of interest or even disagreement, because that’s what blank faces often can mean in a social situation.

And yes, there may be one or two people in any audience who don’t like you or what you’re saying.  But do you want to focus on the 2% who are having a bad time, rather than the 98% who are interested?  I’d suggest that focussing on the majority is going to give you much more confidence and a much better outcome as a speaker.

So, next time you’re met with a sea of blank faces here’s my advice:

Try it next time you speak, and let me know how you get on.

Back To Top
Close search
Search
Go to mobile version