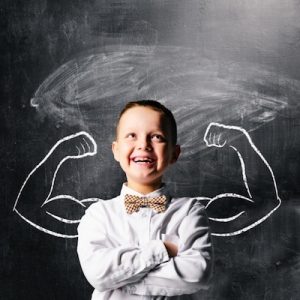 “What if the audience hate me?”

“I bet they are mentally criticising everything I say”

Do these thoughts ever go through your head prior to a public speaking engagement or a presentation?  If so, you’re not alone.

The majority of people who come to us for Public Speaking coaching report having similar voices in their heads when they are preparing to speak – at least some of the time.

An interesting scientific fact is that there are good reasons for these voices of doom.  And the good news is that there are practical things that you can do about them to improve your performance as a speaker, presenter or leader.

Here comes the (first) science bit.  There’s a part of our brain called the Anterior Cingulate Cortex (ACC)  .  It does a number of interesting things, but for today’s purposes what’s interesting to know is that it is programmed to try to problem solve and worry!  It’s the part of our brain where time, learning and memory converge and where we mentally “try out” all of our predictions and outcomes. (1)

In other words, this part of the brain tries to work out all the possible scenarios (including lots of the “bad” ones) in an attempt to map out the future and control it.

Unfortunately, for reasons that I don’t need to go into in this article, it tends to focus more on the negative possibilities than the positive ones, and it often ends up scaring us half to death with them.

Fortunately, there are a number of useful strategies for calming down the ACC and giving ourselves a break from these voices of worry, in order to be more effective speakers and to enjoy ourselves more in the process.  I’ll look at two in this article.

The first strategy involves doing a little re-education for our brains about the realities of audiences.

The reality of audiences in public speaking situations

The most important thing to know about audiences is that (on the whole and with very few exceptions) they want you to succeed.  They want this for three reasons.

First, they have usually turned up to your talk because they want to hear what you have to say either out of curiosity or self interest (they want the information you’ve got).  Second, in my experience, the majority of audience members are not sadists but ordinary human beings.  And ordinary human beings usually want the best for each other unless they feel threatened.

Third, and most importantly, they want to have an enjoyable and relaxing or exciting time.  And for good biological reasons watching a speaker squirming doesn’t make for a pleasant experience.  The reason for this takes us to the second science bit.

Have you ever watched a TV reality show or been present at a talk where the speaker/performer was obviously having a bad time of it?  How did you feel when you watched them?  For most people the feeling as a watcher is one of considerable discomfort.  We might even say “it was painful to watch”.  This is not just an idle metaphor.  We have a system in our biology that literally allows us to feel what it’s like to be in someone else’s shoes.  This is called the mirror neuron system.

A mirror neuron is a neuron that fires both when a human or animal acts and when they observe the same action performed by another. In this way, the neuron “mirrors” the behavior of the other, as though the observer were themselves acting.  Although the exact function and operation of mirror neurons is the subject of some scientific controversy, there is no doubt that such a system exists in our bodies, and no doubt that when we see others experiencing physical or psychological pain we usually experience a flavour of that pain ourselves as watchers.

The reverse is also true.  If we see someone else experiencing relaxation, enjoyment or elation, we usually feel a little of that too in ourselves.  What this means is: mood’s are “biologically infectious” and the speaker’s mood is the most powerful one in the room.

The writer and performer Livingston Taylor speaks about this effect very nicely in his book Stage Performance when he says:

“Being onstage is like playing a grown-up game of Simon Says.  The audience has hired you to take control…

Conversely, if your arms and shoulders are relaxed and your breathing smooth and steady, it will tell your audience that you are comfortable in their presence..If they trust you they will put themselves in your hands”.

I’ll come on to what to do if you’re not feeling relaxed later, but suffice to say the first piece of good news to feed to your brain (and your ACC) is that your audience are, in the main, wanting you to do well.  And for reasons of their own self interest!

What about “bad” audiences?

Some of those reading might be thinking – “what if the audience members are just nasty – what if they are not wanting me as a speaker to have an easy time?”.  The first answer to this is that audiences are rarely any one particular way, and of course there may be one or two individuals in any given audience who (for whatever reason) don’t want you to succeed, but the chances of this being everyone or even most people is pretty low.  Which do you want to concentrate on? The 95% who are wishing you well or the 5% who may not be?  And if you have the choice as to who you concentrate on, which focus will make you perform better?  Focussing on those who do want you to succeed is going to be a much more successful and effective strategy.

The second answer is to refer to your own experience.  How much of the time do you go to a talk or performance willing the performer to do badly or going there with the express intention of being critical or destructive?  If you’re like most of us the answer is rarely if ever.  You may be skeptical, you may need some persuading, but your mind is fundamentally open (otherwise you wouldn’t be there).  And that will be true for the vast majority of your audience too.  They don’t need you to be perfect, they just need you to be human.

Again, Livingston Taylor puts this really well (he’s talking about singers but his words apply just as well to any form of speaking or presentation):

It’s okay to be human onstage, to forget lyrics, to sing wrong notes.  Not only do audiences forgive your humanness, they love it.  They love you to be normal, to make a mistake, acknowledge it, smile, shake your head slightly, forgive yourself and move on.

But what if I am nervous?

You may now be saying – “Okay – I understand that it’s OK to make mistakes provided I acknowledge them and forgive myself for making a mistake, but what if I’m feeling anxious or nervous – I don’t want my audience to feel my nerves”.

This is where a slightly unusual aspect of the mirror neuron system comes into play.  In my experience as a public speaking coach, people will not mirror your actual experience, but your relationship with it.

But it’s no good pretending you’re OK with your nervousness if you’re not.  As I said earlier this is a matter of biology and people can feel the truth of what’s going on.  You actually have to really be OK with being nervous.

So – how do you “be OK” with being nervous?  The first thing to realise is that having “bad feelings” isn’t actually going to kill you.  Think about it.  You’ve had plenty of bad feelings before in your life and you’re still here to tell the tale.

The second thing to realise about being nervous or anxious is that it usually won’t prevent you giving a good performance.  In my former life as a lawyer it was a major revelation to me when I realised that I could win a case even when I was nervous.  I was convinced that the judge or jury could see my nervousness and that my client would lose.  It wasn’t true.  I was elated when I discovered that they either (a) couldn’t see it or (b) didn’t much care!

These two realisations take all the pressure off when you really take them in.  Feelings come and go.  No feeling you’ve had has ever stuck around indefinitely.  And you can still do just fine even if you are feeling difficult feelings.

The ironic thing is that when we stop being nervous about being nervous, we often become less nervous!  It usually sets up a virtuous circle, where we cut ourselves some slack, stop worrying so much, calm down, which makes us feel even better…

The good news is that (in my experience) this also significantly calms down the ACC (the part of the brain that does the worrying).  In other words, if I can allow myself to feel nervous without being too bothered about it – not only do I feel better, I tend to stop worrying about how other people may be perceiving me.  And my coaching clients have reported that they have the same experience, when they can allow themselves to feel OK with being nervous.

Finally, there are also a number of useful techniques we can use to help our bodies calm down when they are carrying a little too much adrenaline.  Ones of my favourites is to take a long outbreath.  There’s scientific research (2) that shows that taking a long outbreath (typically twice as long as your inbreath) activates the parasympathetic nervous system, which is the system associated with relaxation.  This is a really good technique to have in your back pocket for when you need it.

So in summary, here’s what to do if you ever fell nervous or anxious before a public speaking engagement, a presentation or a talk as a leader or manager:

As always, I really want to hear how these ideas work for you in your lives or to hear your insights on the subject.  Let me know in the comments below, or drop me a line.

Experience real ease in all your communication – book on one of our public speaking courses.

Any cookies that may not be particularly necessary for the website to function and is used specifically to collect user personal data via analytics, ads, other embedded contents are termed as non-necessary cookies. It is mandatory to procure user consent prior to running these cookies on your website.