“Don’t be afraid of your fears. They’re not there to scare you. They’re there to let you know that something is worth it.”

“Do one thing each day that scares you” 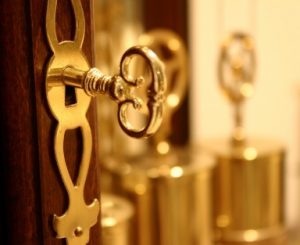 Five or so years ago I was working in a small group with an amazing workshop facilitator.  He was talking about the things that we fear in life, and how fear often gets in the way of us living as fully as we would like to. And then he said something which was simple, challenging and pretty radical.

He looked at us with great seriousness (and a slight smile) and said: “the thing to know about fearing the future, is that the worst thing that can ever happen to you is that you’ll have a bad feeling.”

Hearing what he was saying really wound me up, and I noticed all sorts of thoughts in my head: “What do you mean? That’s nonsense! What if someone close to me dies, or I haven’t got enough food, or I lose my job or my home? Those aren’t just feelings!” And then I thought about it for a minute, and realised that he was right.  The reason it would be terrible if any of these things happened, is that I was imagining I would feel awful.  I wasn’t so much scared of what might happen, but I was scared that if it happened I’d feel bad.

And this idea is true, but only up to a point. Some of the feelings you might feel if “bad things” happen are pretty intense and unpleasant feelings. But, despite how rotten they felt, you have survived all of the bad feelings you’ve had so far in your life. And they didn’t go on forever. Despite the fears of your mind, they didn’t kill you. You’re still here.

Although some of the feelings we have in challenging situations can be unpleasant, they are no more and no less than this. If we can be kind to ourselves when we experience difficult feelings, not give­­­­­­ them undue importance, and trust that they will pass (they always do), they become a lot less scary. This realisation starts to take the sting out of what we fear may happen in the future.

This is a pretty profound truth for life in general and potentially a key to a huge amount of freedom.

It is also a key to overcoming the fear of public speaking.

How does this apply to public speaking anxiety?

The understanding that difficult feelings won’t kill you and will pass is really important in the context of public speaking, because you come to realise that when you’re speaking, fear is not the enemy – it’s the fear of the fear. (Actually, fear of the fear isn’t the enemy either, but it does really get in the way of effective public speaking and makes things a lot less enjoyable). Let’s see how…

“OK. I’ve got to give the talk now. I feel quite scared. I felt really scared last time I gave a talk and it was horrible. My mouth dried up, I didn’t know what to say, I felt like a fool. And I’m scared now. It’s happening again. All those terrible things are going to happen this time. Now I feel more scared. It’s getting worse. They’re looking at me and expecting me to say something. This is a nightmare!”

“OK. It’s time to give the talk. I feel quite scared. That’s OK – I’ve felt anxious before and survived it. It’s just a feeling and feelings pass. I’m sure I can give a good talk even though I feel a little bit anxious. Maybe it will pass, maybe it won’t, but either way I’m going to be fine.”

Which of those makes you feel more relaxed as you read it? And in which of those scenarios is the anxiety more likely to subside as you get into the stride of what you’re talking about?

Now, I’m not suggesting that you need to tough it out, push through or ignore your fears. It’s more about adopting a self-compassionate attitude and recognising that some fear is happening rather than trying to fight it. This means doing your best to make friends with it or allow it to be there while it passes through – which it will.

And I’m not saying this is always easy to do. But it is the one thing that I’ve found to be most liberating and effective in dealing with my own fears and those of people I’ve coached.

Which leads me to another secret I want to share with you.  I worked for 15 years as a barrister and I often felt nervous or anxious when I was arguing a case in court.  Especially for the first 5 or 10 minutes that I was speaking, but sometimes throughout.  And the amazing thing is – it didn’t stop me winning my cases!  When I first discovered this, it was a huge weight off my shoulders.  It was such a relief to discover that whatever was going on inside me didn’t have to stop me doing a good job for my clients.  I also noticed that if I didn’t let my anxiety bother me, that very often it would subside of its own accord after a few minutes, especially if I was involved in what I was talking about.  By the end of the case the anxiety had often transformed itself into excitement.  It was often hard to believe at the end of the case how different I felt from when I started.

Which brings us onto the last of the secrets (for now).

Fear and excitement are actually physiologically pretty close. One of the people who trained me in public speaking once told me that excitement is made up of fear plus a little bit of extra breathing. And he was right.  If you’re feeling scared and you’re able to breathe into it and (just for a short while) see if it’s possible to enjoy the sensations you are feeling, you will often find that the sensations transform into excitement and exhilaration. This may sound radical, even unbelievable, but it works.

Once you’re able to let go of the idea that the fear is a problem and realise that it’s OK to allow it to be there, it then becomes possible to use a little extra breath to transform the feelings and start to enjoy your speaking experience.

Even very successful actors often report they feel nervous nerves before going on stage. They have simply learned to transform those feelings into fuel for their performance. And once you let go of fearing the fear, this is something that you can do, too.

There are a number of other important ways to reduce your fear of public-speaking, and I’ve written about some of them in previous blog entries already, but the insight I’ve shared with you here is the one that has made the biggest difference for me personally.

If you can use this knowledge, I guarantee it will absolutely transform the way you feel about public speaking anxiety and public speaking in general. Heck, it might even change your life.

Daniel Kingsley and Millie Baker coach authentic presentation skills and public speaking using the principles outlined above and combining them with the powerful Speaking Circles method – for more details of how this could help you overcome public speaking anxiety click here.

Any cookies that may not be particularly necessary for the website to function and is used specifically to collect user personal data via analytics, ads, other embedded contents are termed as non-necessary cookies. It is mandatory to procure user consent prior to running these cookies on your website.